For generations the Tidal Blades, an elite band of heroes, have protected the shores of Naviri, a collection of islands off the coast of the Droskani Desert, that is until fifteen years ago when the great storm hit, giant sea monsters relentlessly attacked the bay and homes were swept away under colossal waves that flooded parts of the islands.
In present day Naviri is a beautiful collection of islands inhabited by many different life forms who trade with each other, eat at restaurants and generally go about their lives, every year a tournament is held to commemorate the great storm and the passing of the heroes but this year’s tournament is special because the rumours say that the Tidal Blades are being reformed and the winner of this competition will become one... 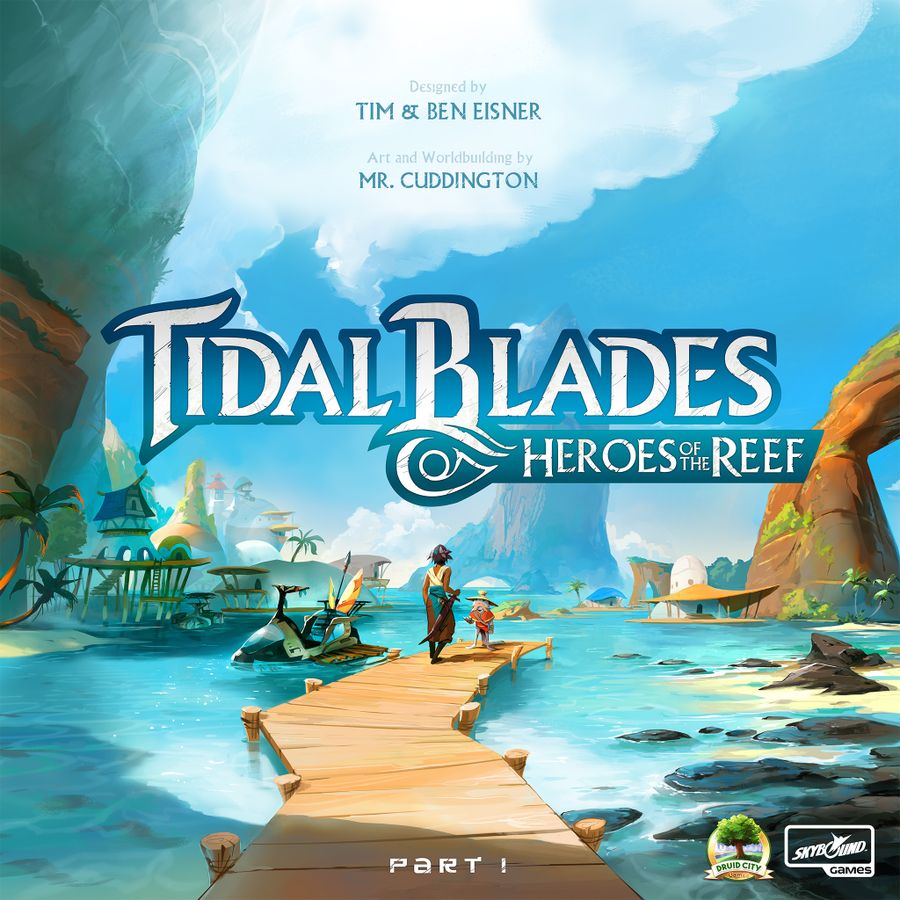 In Tidal Blades you will be competing in the various stadiums around Naviri, completing challenges, fighting off sea monsters and generally trying to impress the judge who is the last living Tidal Blade.
The game is, in essence, a worker placement game with elements of resource management, set collection and engine building (in a loose sense) let me explain.
The resource management is as simple as it seems you will be placing your worker on spaces to pick up little orange fruits or shells, the fruit is for when you want to roll more dice above your current limit or buying things from the market and the shells are for protection against the pesky danger dice.
Challenges are what gets you points and impresses the judge, you will have to be on a particular island to perform a challenge which requires you to throw a certain amount of custom dice and get the matching symbols for that challenge, at the same time you will be rolling the current danger dice which gets meaner as the game goes on, if this shows one or even two red X’s you must either pay a shell to protect or permanently discard a die which is not good. When you complete a challenge it goes below your player board and once you get a set of all three challenge types you automatically get two points on the board, the completed challenges will also give you bonus dice when fighting a monster.
You have four stats which you can improve through certain challenges throughout the game and these are.
Spirit, the more points you have here will determine how well you can perform stunts and give you better bonuses for it.
Focus, Increases the number of dice you can roll during challenges or monster fights.
Resilience, Increases the number of dice you can refresh and upgrade at the end of a day.
Synergy, the more you have the more special abilities you can unlock for your character.

Now I have the deluxe Kickstarter Edition which is amazing, you get miniatures of every player as well as the judge, boat and round marker, metal first player marker, squishy resources and a really nice storage solution just to name a few parts but I will talk specifically about the retail edition because this is what most people will be getting.
The game board itself is made up of separate islands that you lay out according to the plan so packs away nicely, the artwork is beautiful and the designers have really thought about the lore and the characters who live in this world to the point where it could almost be a Disney film.
The tokens and standees are cardboard but still look great, you get heaps of colourful custom dice which you can upgrade in the way of a skills tree in the retail edition these come in bags which could be a bit of a nightmare to organise on a table with already a lot of other components.
There are a lot of cards in this game, each character has their own deck, there is a challenge deck, market deck, monsters’ deck, goals deck and then cards for solo play, I am not too sure how these are stored in retail editions but I am hoping they have a solution. 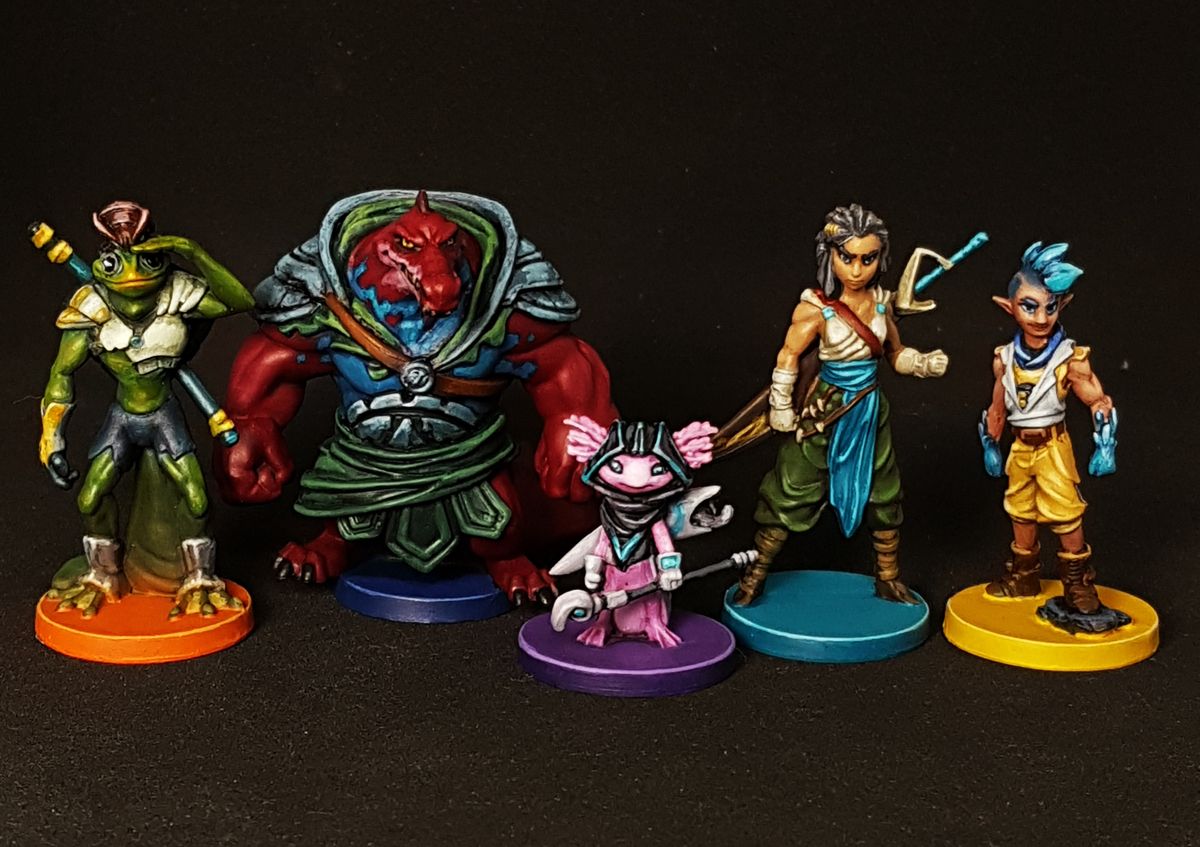 I immediately got sucked into the lore and history surrounding this game, I find myself very immersed in the story and the world when I am playing and I am eagerly awaiting the Part 2 which is due on KS this year, I would recommend this game to anyone, it is simple enough for new players because the mechanics are easy enough to understand and there is enough there for more experienced gamers to really strategize and come up with a unique route to victory.
I would go as far as saying it was my favourite game from last year so take that as you will but if you get the chance to play a copy and give it a go then I urge you to do so.
Share Share on Facebook Tweet Tweet on Twitter Pin it Pin on Pinterest